Book Announcement: The Art Of Eloquence The Sacred Rhetoric of Gardner C. Taylor 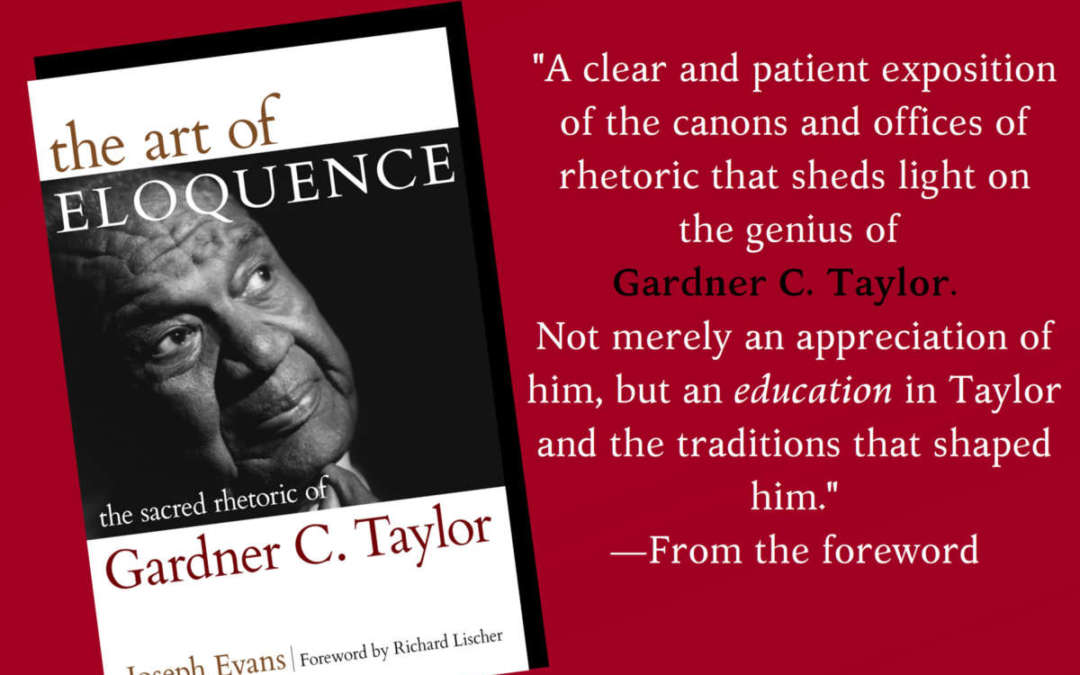 During his lifetime, Rev. Dr. Gardner C. Taylor was hailed by TIME magazine as the dean of America’s black preachers. Newsweek honored him as one of the 12 greatest preachers in the English-speaking world. A civil rights leader, a Presidential Medal of Honor recipient, and a longtime pastor, Taylor was called “the poet laureate of American Protestantism.”

In this critical volume, scholar, pastor and Dean of The Morehouse School of Religion Joseph Evans analyzes the art of Taylor’s preaching according to the five classical canons of rhetoric, celebrating in particular his excellence in narrative eloquence, which was the heart of his persuasive proclamation. Through a close reading of Taylor’s sermons and careful scholarship in the discipline of rhetoric, Evans provides homileticians and rhetoricians alike with an incisive and accessible understanding of the oratorical brilliance of the man whose eloquence transcended theological boundaries and sociopolitical and cultural constructs. 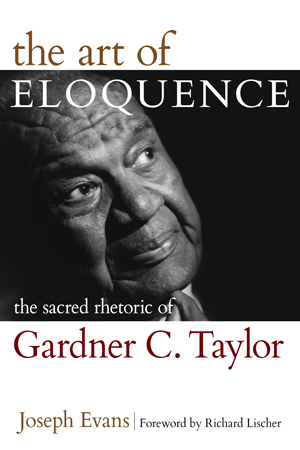 Joseph Evans is the Dean of the Morehouse School of Religion, and a member of the Homiletics faculty at the Interdenominational Theological Center. He is the author of two books, Reconciliation and Reparation: Preaching Economic Justice, published by Judson Press (Spring 2018) and Lifting the Veil Over Eurocentrism: The Du Boisian Hermeneutic of Double Consciousness, published by Africa World Press (2014).

He is the author of numerous essays which include Preaching God’s Transforming Justice: A Lectionary Commentary, Year A published by Westminster John Knox and A New History of the Sermon of the Nineteenth Century published by Brill Press (2010).

For the American Baptist Quarterly Evans has written “Vernon Johns and the Romance of Death” (Fall 2017) and “Christian Statesmen: Frederick Douglass, Martin Luther King, Jr., Gardner Calvin Taylor and African American Civic Sermon” (Spring 2011). He has written also for the American Baptist Quarterly, “King’s Dream: The Revelation of Democratic Justice.” This essay is a part of a special edition dedicated to Dr. Martin Luther King Jr.’s legacy. This special edition was published in 2019.

Gardner C. Taylor described him as one of the “brilliant preachers of his generation.” Wyatt Tee Walker said “he is a master craftsman who is extremely adept in his understanding of how to prepare and deliver the prophetic sermon.” Dr. Evans is married and has two adult children and three grandchildren. 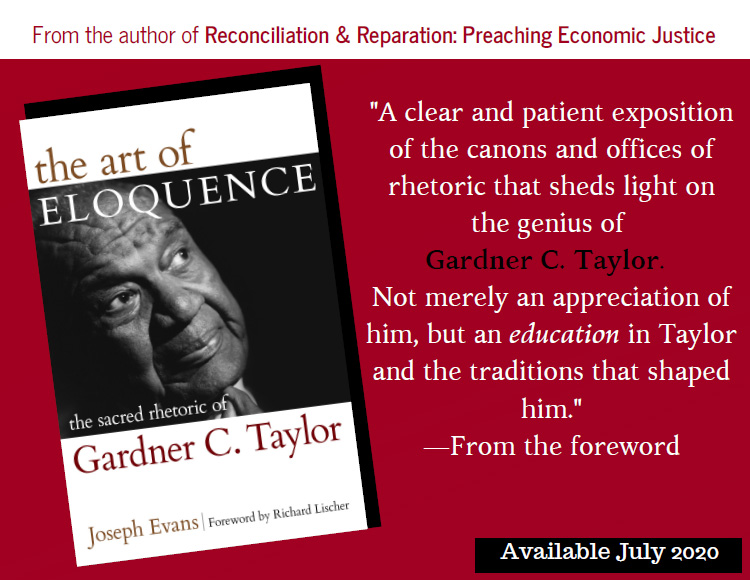