A History of Morehouse School of Religion

In 1879, The Reverend Frank Quarles was invited to the Augusta Theological Institute was invited to move into the basement of Friendship Baptist Church in Atlanta. During this period, the Augusta Theological Institute incorporated and was renamed The Atlanta Baptist Seminary. Later, the seminary moved to a four-acre lot near the site on which the Richard B. Russell Federal Building now stands in downtown Atlanta. Following Joseph Robert’s death in 1884, David Foster Estes, a professor at the Seminary, served as the institution’s acting president.

In 1885, Dr. Samuel T. Graves was named the second president, and then the institution was relocated to its current site in Atlanta’s West End community. This campus, a gift of John D. Rockefeller, was a part of a land tract which General William Tecumseh Sherman’s army gained in the famous victory and siege of Atlanta in 1864.

In 1897, the Atlanta Baptist Seminary was authorized to offer baccalaureate degrees; and in addition; the school’s name was changed to Atlanta Baptist College. The school entered into a period of excellence and began to develop its own college identity.  In addition, the college added numerous student organizations and athletic teams.  This occurred during Dr. George Sale’s administration. Sale was a Canadian who served as the third and youngest president from 1890 to 1906. The seminary which was affiliated with the college was staffed with a dedicated faculty.  Through the college, the seminary conferred a Bachelor of Divinity, a Bachelor of Theology degrees and a Diploma of Theology. Theological students continued to outnumber liberal arts students through 1923-1924.

In this new era, the seminary became a college and expanded its academic degree programs and the same time, added physical facilities. In 1906, Dr. John Hope, the first person of African descent, became the college’s fourth president.  Hope was a Phi Beta Kappa man and a graduate of Brown University.  Since 1898, Hope had been a professor at Atlanta Baptist College. Hope was distinguished in the field of education and civil rights. An influential leader, Hope facilitated an intellectual climate similar to the one he had experienced at his alma mater.

His philosophical worldview for the purposes of higher education for people of African descent was in stark contrast with that held by another notable leader of people of African descent namely, Dr. Booker T. Washington.  Washington’s educational emphasis focused on vocational and agricultural skills. During Hope’s tenure, the college continued to expand its academic programs and built new facilities. What is more, the college’s reputation grew because of its progress toward academic excellence. 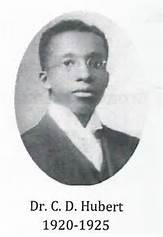 Atlanta Baptist College, already a leader in preparing men of African descent for teaching and the ministry, expanded its curriculum and established the tradition of educating leaders for all areas of life. In addition to attracting a large number of talented faculty and administrators, Hope contributed much to the institution we know today. After the death of the founder in 1913, Atlanta Baptist College was renamed as Morehouse College in honor of Dr. Henry L. Morehouse, a northern-born minister and the corresponding secretary of American Baptist Home Mission Society of New York. Morehouse had an influential role in supporting the college. In 1924, the seminary of Morehouse College became known as the Morehouse School of Religion. This change was accompanied by a reorganization of the curriculum, and Dr. Charles Du Bois Hubert, who had been a professor in the seminary since 1914, became the first Director of the School of Religion of Morehouse College.

Dr. Samuel H. Archer became the fifth president of the Morehouse College in 1931 and headed the institution during the Great Depression. He gave the school its colors, marron and white, the same as those of his alma mater, Colgate University. Archer retired for health reasons in 1937. Dr. Charles Du Bois Hubert served as the second acting president until 1940, when Dr. Benjamin Elijah Mays become the sixth president of Morehouse College.

Dr.Mays was a Phi Beta Kapa man, and a graduate of Bates College and the University of Chicago. A nationally known educator, Mays is known also as the architect of Morehouse’s international reputation for excellence in scholarship, leadership and service. To achieve this excellence, Mays recruited highly educated and doctoral educators and introduced higher academic expectations for the students. Mays created what is known as the Morehouse Mystique. This “Morehouse Mystique” included five tenets all students were expected to uphold; (1) academic excellence, (2) the elocutionary arts, (3) high moral values, (4) social commitment, (5) belief of higher power. These tenets are still expected of all Morehouse College’s and the School of Religion’s professors and students today.

As president, Mays reinforced the idea of a single collaborative institution for the training and development of African American Christian ministers.

Morehouse School of Religion was an immediate concern for May. He knew that Morehouse College and Gammon Theological Seminary shared a cooperative exchange program. Mays knew that Morehouse College had made plans to phase out its Bachelor of Divinity degree program in order to expand its liberal arts focus. What emerged was Mays’ plan of necessity which was an initiative that would present rationale for creating a consortium among the people of African descent’s individual schools of theological education. Furthermore, Mays helped to shape an ecumenical culture among the individual theological schools for people of African descent where all would share its resources and develop and maintain their theological programs. In short, Mays believed that the consortium made sense. That is, the individual theological schools would maximize its efforts working together.

Discussion about cooperation between Gammon, Morehouse, and Morris Brown College (representing Turner Theological Seminary) began in the early 1940’s.  In the 1950’s, the concept of a new collaborative seminary in Atlanta gained support from foundations and the American Association of Theological Schools (AATS). The Phillips School of Theology, then located in Lane College Jackson, Tennessee, later joined the discussions. In 1958, the Interdenominational Theological Center (known as ITC) was founded as a joint initiative for four seminaries: The Baptist-affiliated Morehouse School of Religion, the United Methodist-affiliated Gammon Theological Seminary, the African American Episcopal Turner Theological Seminary, and the Christian Methodist Episcopal Phillips School of Theology.

The Sealantic Fund, established by John D. Rockefeller, Jr. to support theological education, was a major source of financial support. In 1959, there were 21 faculty members and 97 students in ITC. The new institution occupied the Gammon campus until its own facilities were completed in 1961. Dr. Harry Van Burren Richardson, president of Gammon Theological Seminary, became the first president of ITC, serving from 1959 to 1968. 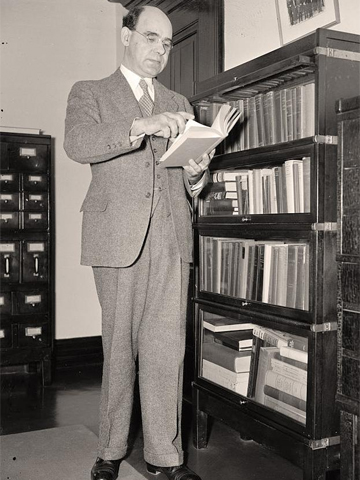 In 2011, Morehouse School of Religion’s official membership in the Interdenominational Theological Center consortium was terminated due to fiscal discussions. In 2012, the Baptist School of Theology was formed as a new legal entity to succeed Morehouse School of Religion. A tenure letter was sent to the school’s alumni advising them the new name was temporary and would be replaced by a name that both incorporates the “Morehouse” name and honors Morehouse College leader Benjamin Mays. A new director was appointed.

As a dynamically accredited Baptist seminary, Morehouse School of Religion is faithfully committed to the motto: “A Servant Seminary for a Serving Church” 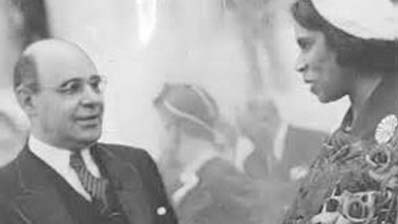 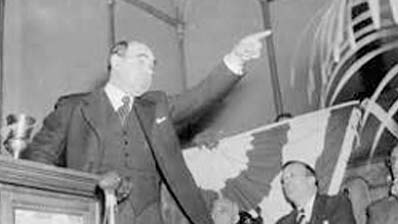