Riggins Earl is a professor of Ethics and Theology at the Interdenominational Theological Center of the Atlanta University Center where he has served for thirty plus years. He holds the Ph. D. degree from Vanderbilt University in Social Ethics. He has done post-doctoral studies at Harvard and Boston University respectively. Earl has done research at the London Institute for African Studies; taught in the Religious Studies Department of the University of Tennessee at Knoxville; and taught religion in the university and seminary context for forty years. During that tenure, he has sought to be at the forefront of intellectual conversations about religion and the ethical and moral life particularly as it relates to black Americans. 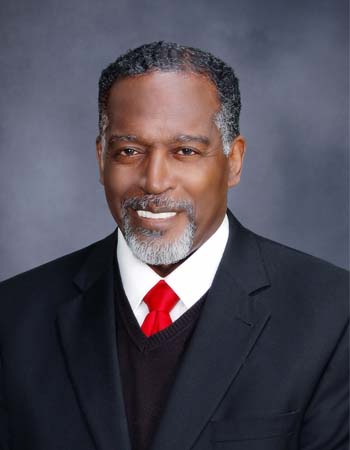 Besides his numerous articles in print, Earl has published two major volumes on the subject of black religion and ethics: Dark Symbols, Obscure Signs: God, Self, and Community in the Slave Mind (1993); Dark Salutations: Greetings, Ritual, and God in Black America (2001). Earl’s work has earned him several national research awards, the most recent of which was The Lilly Professor Research Fellowship for the academic year 2001-2002 (sponsored through the Association of Theological Schools). In November 2007 and in 2009-2010, Earl was appointed by Tuskegee University as a Visiting Senior Scholar at The National Bioethics Center. He published the following articles from this research and study: “The USPHS Syphilis Study at Tuskegee: Rethinking the Horizons of Beneficence” in The Search for the Legacy of the USPHS Syphilis Study at Tuskegee, edited by Ralph V. Katz and Ruben Warren. Lanham, Maryland: Lexington Books 2011; “Sankofan Socio-ethical Reflections: The Tuskegee University National Bioethics Center’s Decade of Operation, 1999-2009” in Journal of Health Care for the Poor and Underserved volume 21, number 3 supplement Baltimore: Johns Hopkins Press August 2010; “The American Constitution: Its Troubling Religious and Ethical Paradox for Blacks” in Ethics That Matters: African, Caribbean, and African American Sources, edited by Marcia Y. Riggs and James Samuel Logan. Minneapolis: Fortress Press 2012; “Black Theology and Human Purpose” in The Cambridge Companion To Black Theology (Cambridge Companion to Religion) edited by Dwight Hopkins and Edward Antonio Cambridge University Press 2012. Earl is presently writing an article on “Breaking Interfaith Sound Barriers: Louis Armstrong’s Creative Jazz Response to Judaism, Catholicism, and Protestantism” and “A Commoner’s Uncommon Life of Ministry: Pastor Johnny Flakes Jr. 1934-2013.”

Earl is presently writing the following book manuscripts: “No Balm in Gilead? The Ethics of Complicity in the Tuskegee Syphilis Study” and “The Jesus Crisis In Black Consciousness: The Theological and Ethical Dilemma”

Professor Earl, an ordained Christian clergy (Baptist), advocates teaching and preaching the gospel to meet the needs of the whole person. He does this by building communication bridges between the black church and the academy.

From July 2011 – August 2012 Earl served as interim pastor of the Beulah Baptist Church in Vine City Atlanta, Georgia. During that period, he launched a weekly Wednesday noonday Bible study service where better than two hundred homeless people were taught and fed at some week day sessions. Earl has formerly pastored for more than twenty plus years at churches in Shelbyville, Tennessee specifically, and the Knoxville, Tennessee suburban areas of Alcoa and Louisville respectively. Professor Earl is seriously committed to the teaching and preaching of the Christian gospel locally, nationally, and internationally. For a ten-year tenure, Earl taught during the summers in Vision Quest: An Ethical Leadership Academy for Youth in cities such as Atlanta, Detroit, and Rochester. He has done volunteer work at the Lindsey Street Baptist Church in Atlanta, conducting Bible classes for ex-felons.

Professor Earl is married to Natasha N. Coby Earl. Riggins was married to the late Lovelene Thornton Earl with whom he fathered two sons and one daughter. Earl is the grandfather of two grandsons, Nathan and Caden Earl.