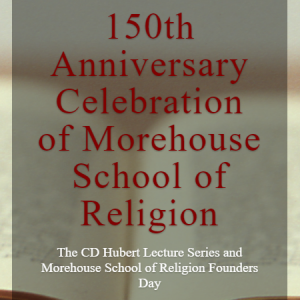 The Morehouse School of Religion will be celebrating 150 years of Christian service. Please see below for more details.

Conference Registration is $150.00 which includes the Gala Alumni Banquet

MSR Board of Director’s Meeting

Feb 15 02:00 pm – 03:00 pm: Community Dialogue with Dr. Alan Boesak on Justice, Reconciliation, and Transformation and the future of Theological Education within the Global Context

Feb 16 09:45am – 10:30 am: Lecture V on the Theme, Dr. Joseph Evans, Provost of the Interdenominational Theological Center

Sit down Conversation with Dr. Allen Bosak about The Future of Theological Education within the Global Context. 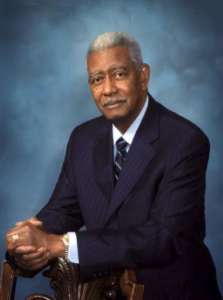 (ATLANTA)—World renowned theologian, preacher and civic leader The Rev. Dr. Otis Moss Jr., will deliver the keynote address at the Interdenominational Theological Center’s (ITC) Commencement ceremonies on Saturday, May 13 at 8 a.m. in the Martin Luther King Chapel on the campus of Morehouse College, 830 Westview Dr. SW, Atlanta, GA, 30314. Masters and Doctoral degrees will be conferred on approximately 70 students.

A native of La Grange, Georgia, Dr. Moss is a graduate of Morehouse School of Religion at ITC. He earned his Doctor of Ministry degree from the United Theological Seminary in Dayton, OH. Dr. Moss served as pastor at Old Mount Olive Baptist Church in La Grange, GA; Providence Baptist Church in Atlanta, GA; Mount Zion Baptist Church in Lockland, OH; and as co-pastor with Rev. Martin Luther King, Sr. at Ebenezer Baptist Church, Atlanta, GA. In 2008, he retired as pastor of Olivet Institutional Baptist Church in Cleveland, Ohio after more than 30 years of service.
Dr. Moss’ life and ministry is distinguished by his advocacy in education, civil and human rights and social justice. He has served on the boards of The Cleveland Museum of Art and the Cleveland Foundation. Dr. Moss served as the Chairman of the Morehouse College Board of Trustees for more than 10 years. He was a board member and Regional Director of the Southern Christian Leadership Conference (SCLC) during the Rev. Dr. Martin Luther King Jr.’s tenure as founding president. He also served as a national board member and trustee of the Martin Luther King, Jr. Center for Non-Violent Social Change.

His work in the international community has taken him to Hong Kong, Brazil, Taiwan, Japan, West Africa, South Africa, Israel, India and Switzerland.

Dr. Moss served as an advisor to former President Jimmy Carter at Camp David and in 1994 he was the special guest of former President Bill Clinton at the Peace Treaty signing between Israel and Jordan. He formally served on President Barack Obama’s White House Office of Faith-Based and Neighborhood Partnership Council. In 2009, Dr. Moss co-lectured with Rajmohan Gandhi, the grandson of Mahatma Gandhi, during a multi-city tour of India illuminating the work of Dr. Martin Luther King, Jr. and Mahatma Gandhi.

Dr. Moss is the recipient of numerous awards, including the Role Model of the Year Award from the National Institute for Responsible Fatherhood and Family Development in 1992 and the Leadership Award from the Cleveland chapter of the American Jewish Committee in 1996. He was inducted into the 2007 Class of the International Civil Rights Walk of Fame. In 2004, Dr. Moss was bestowed the unique honor of the Lyman Beecher Lectureship on Preaching at Yale University. He was twice named by Ebony Magazine as one of “America’s Greatest Black Preachers.” In 2012 he was inducted into the Ohio Civil Rights Hall of Fame. Dr. Moss also holds eight honorary degrees from colleges and universities in Ohio, Georgia and Arkansas. Morehouse College named their newest dormitory suites in his honor.

Dr. Moss is a life member of the National Association for the Advancement of Colored People (NAACP), Alpha Phi Alpha Fraternity, Inc., and Sigma Pi Phi Fraternity (Boulé), to name a few. He has appeared on the Oprah Winfrey show to discuss Current Trends in Religion. In 1997, in conjunction with University Hospitals Health System and Olivet Institutional Baptist Church, Dr. Moss provided the vision to establish the Otis Moss, Jr. – University Hospitals Health Center that offers a wide range of medical services to the greater Cleveland community. 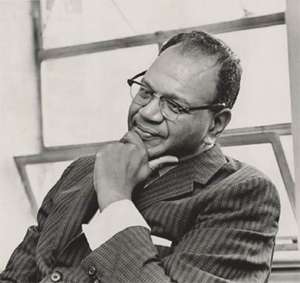 The Gardner C. Taylor Lectures on Preaching is annual event on the Interdenominational Theological Center campus (it convenes in October of each year). The lecture series bears the name of Gardner Calvin Taylor, a prominent 20th century Baptist preacher known for his classical oratory. He is widely believed to be among the 20th century’s greatest preachers. Numerous times Dr. Taylor’s portrait appeared in Ebony Magazine, describing him as the pulpit’s standard bearer. Others have called Taylor the Pulpit King while others the Pulpit Laureate.

In addition, the Gardner C. Taylor Archives is a part of dedicated space located on the grounds of the Interdenominational Theological Center. Many of Taylor’s sermons are cataloged digitally and available to students and scholars for research. 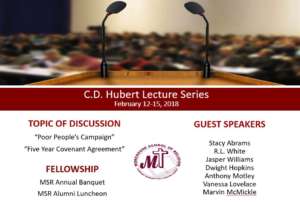 Theme:
MSR’S ONE HUNDRED FIFTY YEARS OF THEOLOGICAL REFLECTION AND ACTION: REMEMBERING OUR HISTORY, ANTICIPATING OUR FUTURE, REDEDICATED TO THE STRUGGLE AGAINST POVERTY AND PEACE WITH JUSTICE.

Platinum: $5,000
Recognition from the podium
Full page ad in event program
Logo featured on MSR website for one year
1 Table, access for sponsor and guest to VIP reception with Stacey Abrams

The Morehouse School of Religion will be celebrating 151 years of Christian service.  Our theme this year is Psalms of The Poor: Justice, Memory, And Human Poverty.

Board of Directors Meeting

Psalms of The Poor: Justice, Memory, And Human Poverty

Benefits of Membership in
American Baptist Churches of the South